Agency for Statistics of Bosnia and Herzegovina has published preliminary results of the 2019 Labour Force Survey. Published report provides an overview of the main labour market indicators and, therefore, an in-depth analysis of the labour market trends is not possible before the final report is published.

Hereby I am providing a very brief and basic descriptive analysis of the findings in bullet-points: 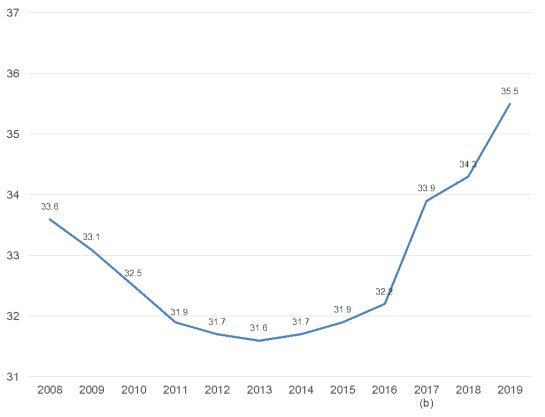 It is important to mention that LFS data for 2017-2019 is not fully comparable to previous data due to methodological changes that took place in 2017, as stated by the Agency for Statistics of Bosnia and Herzegovina. However, it is impossible to assess to what extent this change affected the results of the survey and time series due to lack of more detailed information provided by the Agency for Statistics. In other words, it is not possible to establish methodologically consistent time series over the period of the last decade. This break in time series is indicated in all figures with “(b)”.